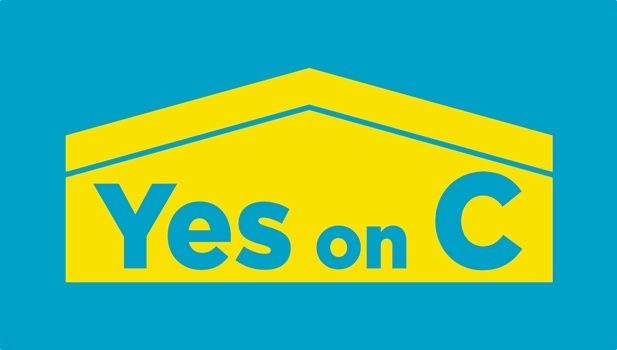 In the midst of COVID-19, a community-led encampment in the Haight Ashbury offered an oasis for formerly homeless community members. Thanks to funding for emergency shelter made available by Proposition C, campers had a safe place to stay, daily meals and important services—and most importantly, a say in how the operation was run.

When the pandemic struck in March 2020, Mayor London Breed issued a shelter-in-place order. But that order didn’t apply to those who had no shelter. The Centers for Disease Control (CDC) told cities they shouldn’t move encampments and that tents offered a small amount of protection from COVID spread. The city scrambled to open up shelter-in-place hotels, but it quickly became clear that they wouldn’t open enough hotel rooms for all of San Francisco’s unsheltered homeless folks. What about those who weren’t offered a hotel room?

Those of us with the Homeless Youth Alliance (HYA) in the Haight Ashbury pondered whether that was truly what our community would want. So we developed a simple survey, giving people four options to rate from first to last choice: a “hotel room,” a “legal campsite,” “emergency shelter” and to “just keep doing what you’re doing.” HYA polled 50 participants. The idea to include legal campsites as an option was driven by curiosity, as we knew that other cities have employed them to varying degrees of success in recent years—even though the option was not even being discussed in San Francisco yet. The group was interested in how the option would poll, since a congregate camp would offer residents an opportunity to shelter alongside friends and community, rather than in isolation. Perhaps it isn’t so surprising that when the survey results came back, 82% of the 50 homeless folks polled prioritized hotel rooms—but 88% of respondents ranked the legal campsite option as their 1st or 2nd choice.

HYA kept thinking about the importance of community, and what people thought about being split up if hotel rooms were indeed made available to them, so the following night we surveyed again to gain more insight. Just 26% of respondents wanted their own room, suggesting that folks’ need for community outweighed the benefits of being indoors. HYA shared our findings on Twitter to advocate for the actual people who would be impacted. Other cities took notice and the survey was replicated in several other states. As San Francisco started to offer hotel rooms to people who were deemed at elevated risk for COVID-19, the younger unhoused population in the Haight was largely not prioritized for access—and so an idea began to take shape.

HYA and community advocates created a plan to turn an empty parking lot at 730 Stanyan St into a community-led sanctioned encampment called Community Action Made 4 People (CAMP). CAMP had space for 40 tents, and when the City allowed HYA to move forward with the encampment in May 2020, there was already a waitlist of local folks who wanted spots. The attraction was clear: bathrooms, showers, access to necessary sanitation during a deadly pandemic, and no more daily visits from local police. The residents of CAMP would also receive three meals, supplied by the Salvation Army. The City encouraged CAMP residents to stay sheltered inside the fenced walls, and wanted to provide meals and bathrooms to discourage folks from leaving, to minimize the risk of spreading COVID—but people were ultimately free to come and go as they pleased at all hours of the day.

Campers welcomed the opportunity to shelter somewhere safer. “I am grateful for this place,” said Mister E, 37. “It feels like a cocoon where I’m getting some healing and nurturing. As you allow us to be more humanized, we respond to the opportunity. I am a veteran, and when I’m out on the street I can’t sleep because every little sound and potential danger keeps me from relaxing. Being able to lay down and sleep and get rest is really healing for me.”

CAMP was allowed to operate for a full year, until June 2021, and it always had a waitlist. CAMP wound down operations after COVID vaccinations became available, and because the parking lot it was on was slated for construction of affordable housing. HYA also wanted to ensure residents had real exits (not back to the street) so we made the decision to close the site and advocate for every single resident to have the most successful placement possible.

CAMP was more than an emergency solution and a pandemic response. It was a successful model for future sanctioned encampments in San Francisco. It was a beautiful and transformative project for the community and home to its residents.

In total, 84 people passed through CAMP. More than half moved into stable housing exits or other emergency shelters, including hotel rooms, navigation centers and safe sleep sites across the city. Another quarter chose Homeward Bound or Problem Solving funds to leave town.

There were several key ingredients to CAMP’s success. First and foremost, CAMP was operated by a service provider with trusted relationships and experience serving homeless folks in the Haight Ashbury neighborhood. Said one camper in their exit interview: “I can’t say enough about how different HYA is from other agencies. That memory I had of coming here and having no judgment is something that is what this agency is about. Letting us, the clients, participate in a different way than a lot of other agencies makes us feel involved and that we have a voice in what happens to this organization. We feel like this is our safe place to be, and we all respect each other here. Respect is not something you get a lot on the street.”

Second, the services offered to CAMP residents provided the necessary support and infrastructure for people to work on personal goals. Some campers were connected to job training programs, and others to therapy and drug treatment services. All campers had a space to themselves where they could get a good night’s sleep, take a shower, get new clothes, eat healthy meals, and come and go without worry that their belongings would be taken.

Third, the surrounding community of housed neighbors embraced CAMP, making personal connections and supporting campers by procuring helpful gear like canopies to protect them from sun and rain. Neighbors cooked monthly “feasts,” which they shared with campers in an outdoor and socially distanced setting, getting to know one another.

Fourth, HYA said it was critical for CAMP to retain intake control and ensure a cohesive community. Where other campsites around the city accepted people caught up in City sweeps, HYA ensured that the community grew organically, with campers having a role in setting CAMP rules and guidelines.

The Haight Ashbury lacks a navigation center of its own, in spite of decades of people sleeping on its sidewalks and in doorways. CAMP showed the community that services and a safe place to sleep were desperately needed and desired. While CAMP had to shutter to make room for a new eight-story building of affordable housing, the new building is scheduled to have approximately 40 rooms for formerly homeless youth as well as a drop-in space for Haight Ashbury homeless youth, all of which will be made possible because of Proposition C. CAMP is surely a preview for what’s to come at that site in a few years’ time.